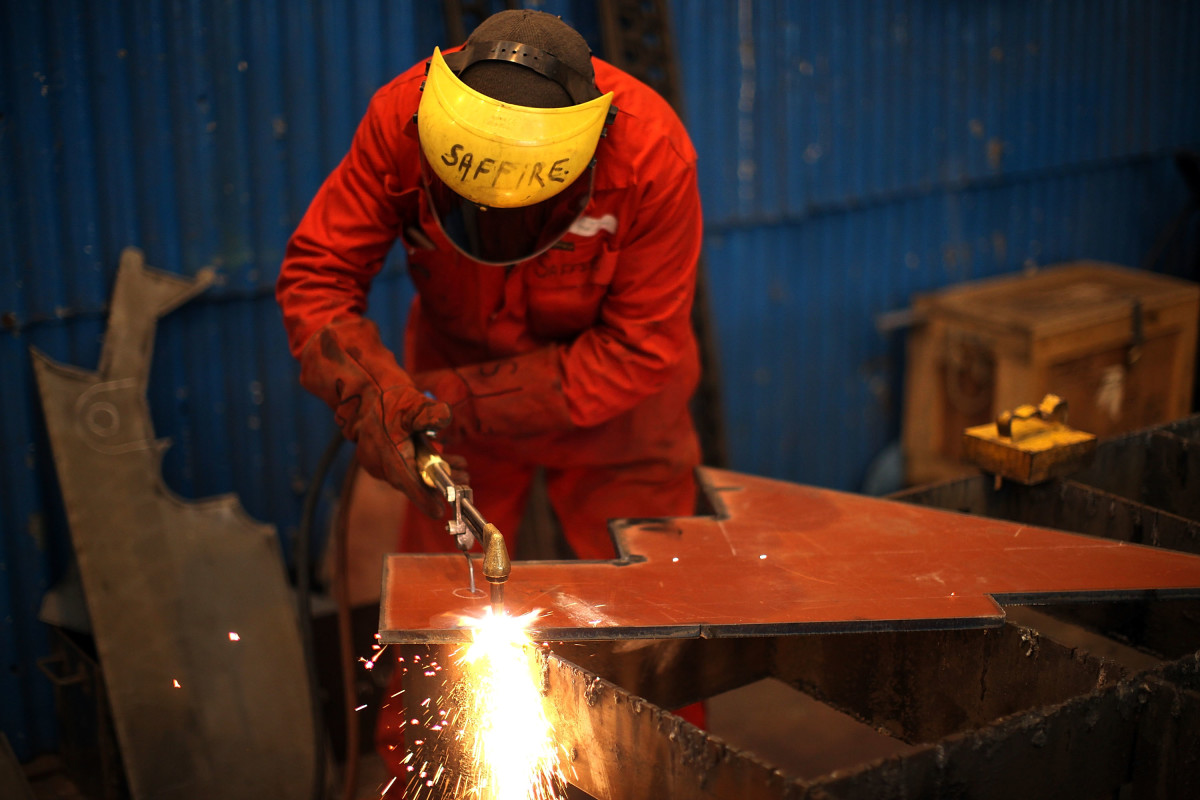 A worker at a shipyard. (Photo: Christopher Furlong/Getty Images)

An expert gives us an overview of the movement sweeping labor reform.

Welcome to State of the Unions Week, where we look at the past, present, and future of organized labor in America.

In November of 2012, 200 workers in New York City walked off their fast-food restaurant jobs to participate in a one-day strike protesting the low pay and poor working conditions endemic to the fast food industry. It was, according to the New York Times, “the biggest wave of job actions in the history of America’s fast-food industry.”

It also marked the first concrete action taken by the Fight for $15 movement, which has since won (or played a decisive role in) a series of prominent victories, even as traditional unions in the private sector continue to bleed members and as the GOP romped to electoral victory in 2016. The Fight for $15 movement isn’t a traditional union (although it’s supported by one); participants in its campaigns don’t pay dues, and it doesn’t negotiate contracts on behalf of those participants. Instead, it’s the most visible example of an “alt-labor” group, a broad label that applies to a host of organizations that aren’t traditional unions but that nonetheless aim to improve workers’ lives. As membership in traditional unions has fallen, these groups have grown dramatically in both number and influence, seeking to fill in the gaps left.

Janice Fine, a professor at Rutgers University and the research and strategy director at the Center for Innovation in Worker Organization, has been studying these groups, particularly workers’ centers, since 1992. She sat down with Pacific Standard to give us a primer on the alt-labor movement.

Let’s start with the basics. When people talk about alt-labor groups, what kinds of groups are they referring to?

They’re talking about organizing groups that don’t do collective bargaining, so they’re a little bit different from the way people generally think about labor unions that enter into negotiations with employers, that have a contract with employers that gets re-opened every few years and negotiated, that have a standardized way of operating, a standard structure of local organization, and members who pay dues and then are represented at their workplace.

They’re talking about worker centers—which are community-based worker organizations that are led by workers that do a combination of service, advocacy, and organizing. Or we’re talking about unions that don’t have traditional collective bargaining structures but work in a slightly different way. So, for example, Fight for $15 isn’t a union but was and is heavily financially supported and backed, in fact, by the Service Employees International Union, and then you also have the community organizations that are very committed to economic justice—those also fall under the rubric of alt-labor. Another kind of alt-labor organization would be OUR Walmart. Or the National Domestic Workers Alliance, or the National Guestworkers Alliance, or the National Day Labor Organizing Network. Those are the national federations that have local chapters.

In some ways, these groups have some advantages over traditional labor unions, right?

A key thing here is that traditional unions are prohibited by the National Labor Relations Act from doing secondary boycotts, but alt-labor organizations are not prevented from engaging in them. And we’re currently in a moment when a lot of the power or control lies with employers that are higher up the supply chain. 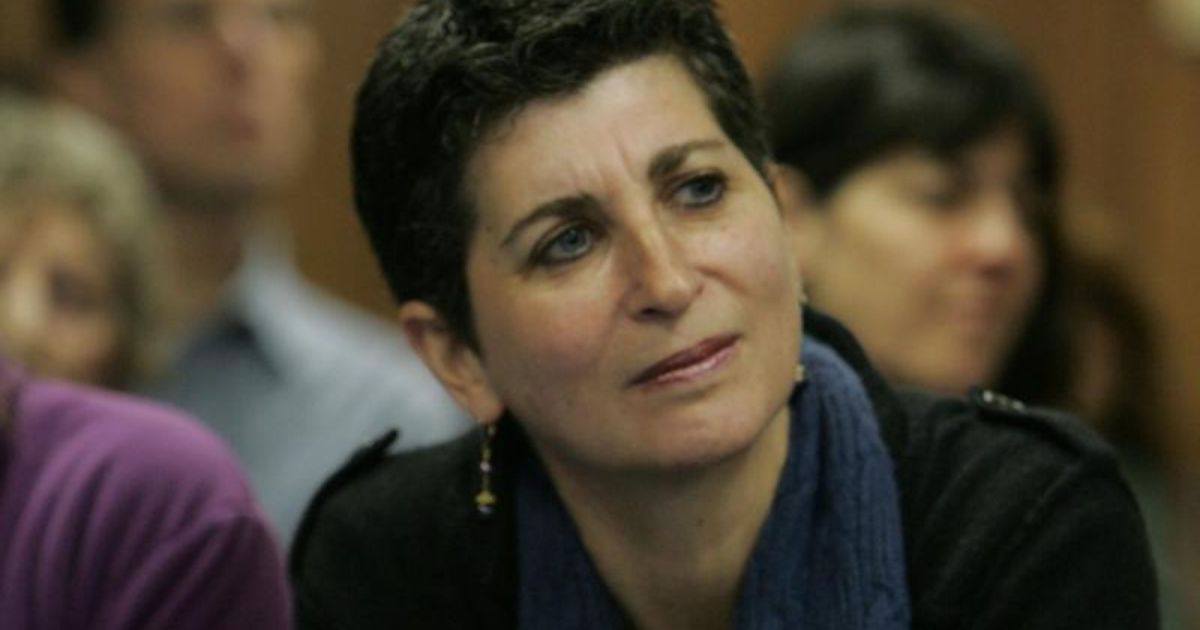 This becomes really important. For example, if the Coalition of Immokalee Workers had been a union, they wouldn’t have been able to go after Taco Bell, they would have had to stick to only doing boycotts and pickets and actions at the level of the grower. But the growers were saying “We don’t have the power, we don’t have the money to increase pay for farm workers because we don’t get enough money from the brands who are buying our tomatoes.” The Coalition of Immokalee Workers was able to go up the chain, to the companies that really mattered.

Another example would be if you look at the janitorial sector, there are these small subcontractors that often are actually doing the cleaning but they’re contracting with building services companies and building owners. Or if you look at the garment industry: The people who are sewing the clothes are working for small subcontractors; those subcontractors are being contracted by manufacturers; the manufacturers are being contracted by retailers; and the retailers are signing deals with the largest chains. There are so many examples where—particularly now with the gig economy and the rise of subcontracting— the employer of record is connected to a much larger operation. And so if you are only able to engage in tactics that target your immediate employer, you know, there’s just a huge disconnect in the 21st century between where the power is and where the law forces an organization to remain.

Since these groups can’t do collective bargaining and they can’t organize strikes, at least not in the traditional sense, what do their tactics look like?

In terms of tactics, there are all kinds of things that workers can do—say, picketing a restaurant where workers haven’t been paid the wages that they’re due. And then a lot of these organizations have really focused on changing local policy and passing policies at the state and local level that raise standards in sections of the labor market that have been really hard to get to through direct pressure on employers. The Retail Action Project in New York led the way on new policies around fair scheduling, or the Chinese Progressive Association of San Francisco led the way on raising the minimum wage, or the Restaurant Opportunity Center is fighting to get rid of the tipped minimum wage, or the National Domestic Workers Alliance and its affiliates pioneered the Domestic Workers Bill of Rights, which has now passed in eight states.

It’s interesting now, though, to see how many of these groups are essentially pushing for industry-wide policies—minimum wage, fair scheduling, etc.

It’s true, although the thing to remember is that many of these are just setting minimums in labor markets. And so, often when workers are covered by union contracts, the standards are much higher than the minimum. So, yes, the idea is that what people are no longer able to set through collective bargaining, they’re at least attempting to set a floor because part of what’s happened is there’s been this deterioration of wages and conditions and the main way that those were addressed was through unionization.

Do you have any thoughts on the future of these kinds of groups? On the one hand, traditional unions are obviously still under fire, and these alt-labor groups face challenges, especially with respect to stable funding streams. But you’re also seeing growing concern about the rights of workers, and you’re seeing a lot of energetic support at the state and local level for many of these worker-friendly policies. Do you think these alt-labor groups will continue to notch up wins?

I think that these organizations have succeeded during a period when so many have failed.

There’s a lot of innovation going on in this area. For example, OUR Walmart. Walmart is this gigantic entity and it was very difficult to figure out how to organize a union at Walmart, but Walmart workers were facing low wages, poor treatment, and poor conditions. And OUR Walmart, over many years, pushed Walmart to make all kinds of changes to increase protections, to raise the base wage twice, and to now look at various kinds of paid family leave. It is an alt-labor organization that has pushed Walmart to some pretty important responses that I think most people didn’t think would be possible.

I think that there’s great promise in these organizations. Thirty-three states and 16 cities and counties have adopted minimum wage laws higher than the federal level. Five states, 20 cities, and one county have enacted paid sick leave laws. Eight states have passed domestic workers bill of rights. One hundred cities and counties have banned the box. These are all very important developments in terms of worker rights. I expect that that kind of innovation will continue to make differences and produce breakthroughs.

This interview has been edited for length and clarity.

Link: Can the Alt-Labor Movement Improve Conditions for American Workers?