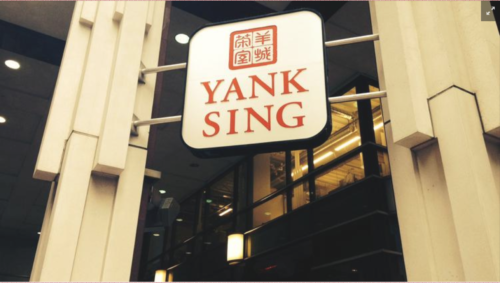 Yank Sing has one of its two locations at 49 Stevenson Street.

The state labor commissioner and community groups assisted in brokering the settlement on behalf of 280 workers at the Michelin-rated restaurant. The money represents back pay for minimum wage, meal, rest period, and other labor code violations, and is being distributed to employees of the restaurant’s two San Francisco locations on Wednesday, California Labor Commissioner Julie A. Su said in a statement.

The settlement follows allegations by hundreds of Yank Sing servers and kitchen staff that for years they were underpaid and faced mental and physical abuse from managers.

“We’ve just really reevaluated the entire scope of the business,” Yank Sing General Manager Jonathan Glick, who was hired to help turn the restaurant around, told the Business Times on Wednesday. The restaurant will now offer comprehensive benefits, including health insurance, family and vacation time and flexible spending accounts, to its full-time staff, he said.

The restaurant will streamline operations and look at cutting costs where it can, he said, to pay the settlement. Asked if there’s any possibility of either location shuttering as Yank Sing deals with the $4.25 million liability, he answered: “None.”

State investigators found that employees at Yank Sing were paid the state minimum wage of $8 per hour, rather than San Francisco’s $10.74 minimum wage. Management kept or misdirected to ineligible employees about $1 million in tips intended for workers over a four-year period, the state said, and employees weren’t paid for all hours worked.

The Chinese Progressive Association and other community groups worked with the state’s labor commissioner to investigate the allegations and to institute changes.

“We believe [the settlement] is a win for everyone — workers, consumers and the restaurant industry,” Shaw San Liu of the San Francisco-based Chinese Progressive Association said in a statement. “This unprecedented agreement is a signal of a new approach for workers and employers to transform working conditions together.”

The Asian Law Caucus provided legal representation for the workers. “The restaurant industry is rife with workplace abuses. Immigrant workers are often particularly vulnerable,” Winifred Kao, lead attorney in the campaign, said in a statement. “Many do not know their rights, are unfamiliar with our legal system, and are scared to come forward. We’re proud to have stood with workers who overcame those barriers and had the courage to stand up and push for change.”

She commended Yank Sing for “coming to the table, before any lawsuit was filed” and said its new benefits package “puts Yank Sing in a different league than its competitors.”