The Nation — $4 Million: That’s How Much These Dim Sum Restaurant Workers Won in Back Pay 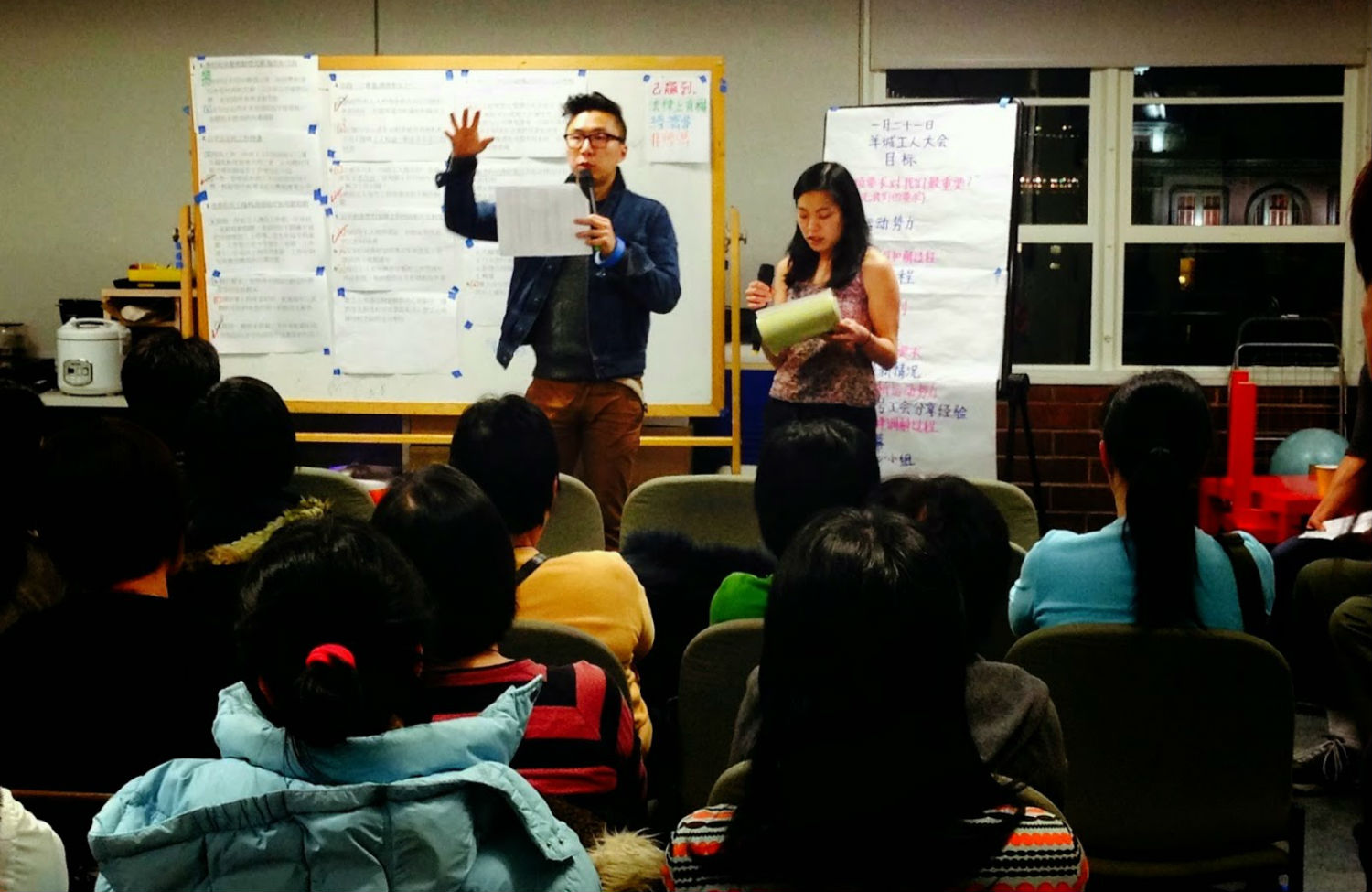 280 workers organized to win a landmark settlement against one of San Francisco’s most revered dim sum restaurants.

Yank Sing isn’t just any San Francisco dim sum joint. The vaunted family-run restaurant has garnered awards and Zagat’s raves for having the “best damn dumplings around,” and, despite “upscale” prices, ensuring customers “get what you pay for.” And now the staff, known for their “wicked fast” service, are finally getting paid what they’re worth, too.

Approximately 280 workers, many of them monolingual Chinese immigrants, are savoring a sweet labor victory with a landmark $4 million settlement, which also includes new rules for labor standards and benefits. The settlement is remarkable for its size, but also the recipe behind it: a coalition of legal advocates and community organizers who were committed to upscaling the working conditions in an increasingly unequal city.

According to the Chinese Progressive Association (CPA) and the Asian Law Caucus, in addition to the $4 million award—which is unusually comprehensive, in that it includes all income workers lost through wage and overtime violations—the agreement provides “model-employer changes in the workplace that include base wage increases, holiday and vacation pay, fully paid health care for full-time employees,” and the establishment of a “workers compliance committee” to hold management accountable.

The aggrieved workers could have complained individually to win some back wages and moved on. But instead, alongside a legal claim of wage violations, both current and former workers banded together in a long-term campaign to win lasting changes. Through negotiations, coupled with direct actions, they secured not just better wages but also health benefits and guaranteed rest time. A “progressive discipline” policy will ensure due process by restricting the boss from abruptly terminating a worker without first providing warnings and a chance to correct the issue.

Organizers say what sets Yank Sing apart is that workers pressured the management, which had an incentive to avoid tarnishing its respected brand with a “bad boss” reputation, to lay down a new standard. And they ultimately demonstrated what a disciplined workplace-justice campaign with uncompromising demands can win for this hard-to-organize sector.

Organizer Shaw San Liu says the months-long campaign “took real direct organizing of workers, talking to workers, imagining something better, doing a lot of education…and then together taking steps where they had to face their biggest fears, which was risking their jobs to take on workplace actions.” The compliance committee will play a critical role, by providing a worker-led monitoring system, Liu says. Though the restaurant doesn’t have a formal union, this measure at least guarantees that “there’s actually a mechanism to ensure that things never go back to the way they were, and that they actually continue moving forward.”

As they pressed for negotiations, workers took strategic actions to gain leverage—for example, staging a coordinated short walkout that symbolically confronted management through a work stoppage, but outside the main business area to avoid public disruption.

One worker with the campaign, “Li” (name changed for confidentiality) said through an interpreter, “Of course at first, I was very afraid that the boss would find out about what we’re doing.” But the solidarity grew as organizers built support worker by worker—particularly by discussing specific problems they experienced on the job, like the long shifts they endured for inadequate pay. The activists gradually persuaded scores of coworkers that the campaign offered a shot at changing their harsh conditions.

The Chinese restaurant sector is often portrayed as a shadowy underworld distanced from government regulation, where businesses trade on familial loyalties to keep exploited immigrant workers fearful and silent. The Yank Sing campaign might help change the narrative. Though the boss boasts the distinction of being a “model employer” in the business (declaring the company was eager “to fix things as quickly as possible”), it was actually the workers who established the model through their relentless advocacy. In a notoriously high-turnover industry, where workers suffering labor abuses might figure it’s less trouble to just jump to another job than fight the boss, committed organizing efforts can help resist the cycle of precarious work and growing inequality.

The Yank Sing workers collaborated with the CPA’s cadre of grassroots organizers, who work in a network of local unions and civic groups, along with worker centers representing marginal sectors like day labor and domestic work. This broad-based activism stands as a bastion of resistance against gentrification, which has saddled the city’s immigrant communities with crushing rents and unlivable wages. While Silicon Valley nouveau riche might obsess over gourmet dumplings but pay scant attention to the exploited labor fueling the restaurant industry, workers have in recent months won populist campaigns for a major minimum-wage hike, stricter labor standards for retail stores and, now, a model for a more ethical restaurant workplace that reflects the city’s historical socially conscious ethos.

The CPA hopes the Yank Sing victory might now inspire other immigrant workers—many of whom toil at lower-grade Chinatown eateries, where exploitative conditions and wage violations are rife. In the Chinese community, Liu says, low-wage workers often assume, “’We don’t speak English, and we’re new immigrants, and that’s the dice we roll, right? And maybe our kids will have it better.’ ” But as activists, she adds, “we spent years overcoming that…and building a core of grassroots worker-leaders in the community who are willing to fight for change, and to actually believe that the immigrant community deserves better than just to have a job, but to actually have respect and dignity.”

The restaurant’s climate has reportedly already started changing. The worker gave the compliance committee’s meetings good reviews so far: “The attitude of management in these meetings is really trying to correct their past wrongs,” and they “seem sincere in wanting to improve the workplace.” The company invited the CPA to do an on-site labor-law education workshop for staff, which “would have never happened before” the settlement established the reform plan. And generally, with fatter paychecks and regular rest time, “It’s a less stressful environment.”

For other workers who might consider taking similar actions at their jobs, Li advises: “Don’t be afraid, you can do it. There are laws to protect you, and when you come forward, you have a chance to win.” That was the dice that she and her coworkers rolled when they organized—and unexpectedly proved that, to the people behind the “wicked fast” service, “the best damn dumplings” shouldn’t come cheap for the workers.